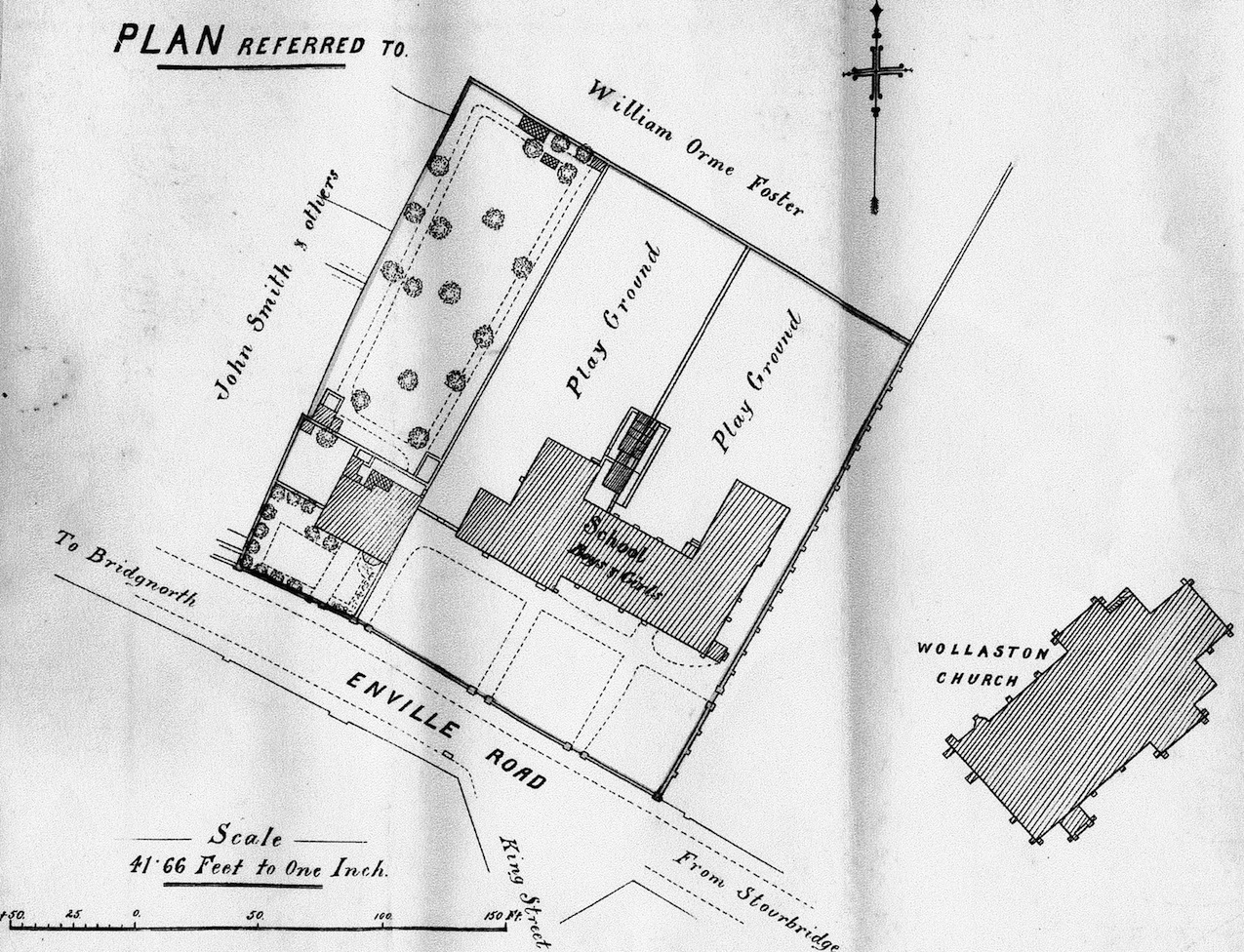 In 1897 William Orme Foster signed a Conveyance in which the school buildings were passed to the Vicar and Churchwardens of St James’s Church on condition that they were to continue being used for the education of the children of Wollaston.  The map which accompanied the Conveyance clearly shows the shape of the building, the playgrounds with a wall separating the boys from the girls, and the master’s house.  Until 1974 the head master of the Boys’ School and later the Junior School occupied the school house.  After that date the house was adapted and used for teaching and storage.  The library moved into one room and instrumental music lessons were held in another room.  Pupils went there to watch television programmes. Up to that date the staff room had been used for TV.

Next: Glass trumpets used by the boys on May Day in the 1860s.