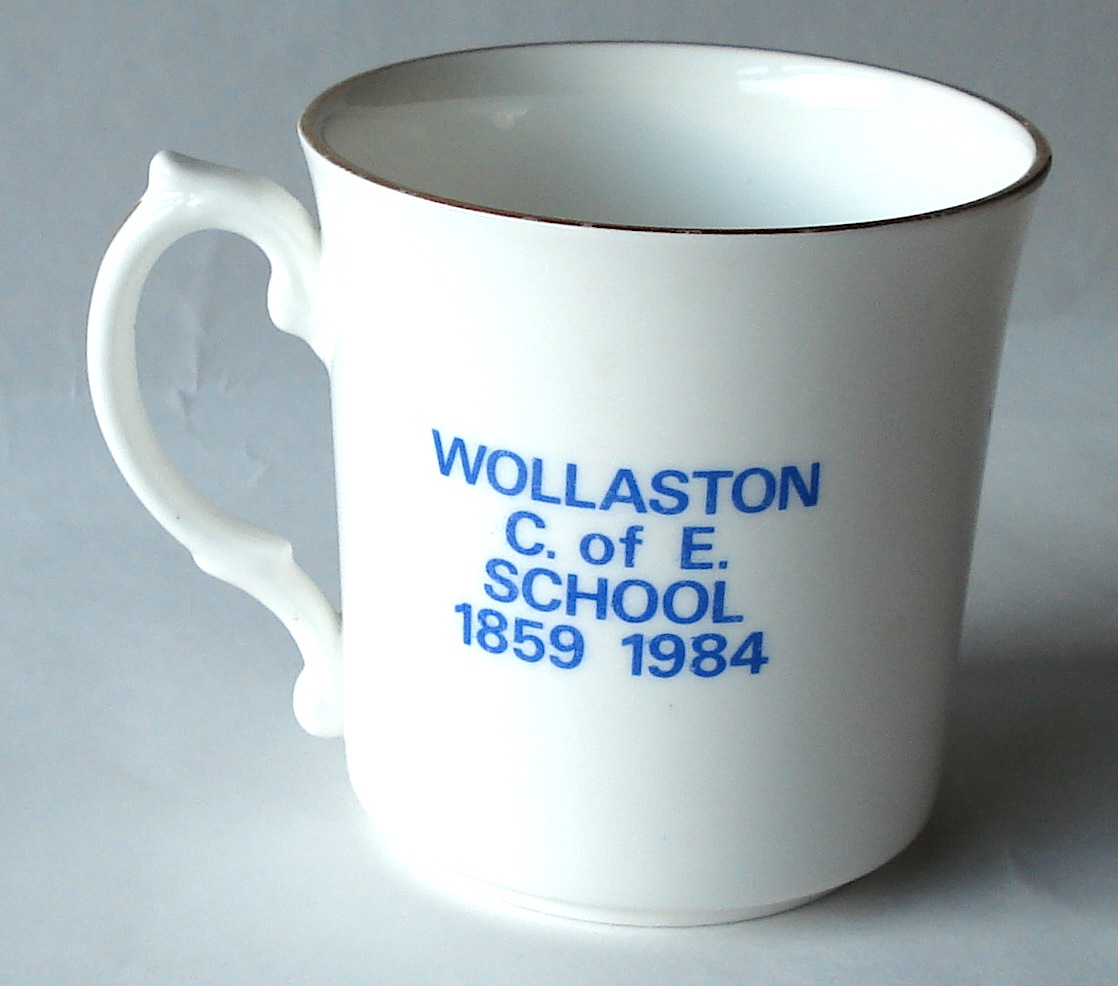 In 1984 the school celebrated the 125th Anniversary of the opening of Wollaston Schools.  The building had been adapted and enlarged and by then housed only junior pupils, aged from 7 to 11.  The mug was presented to all pupils and staff and on the front had the then school badge which was taken from the emblem of the Foster family.  The school in 1984 was known as Wollaston Saint James, Wollaston Church of England School and Wollaston Junior School.

Next: Plan of Wollaston Junior School in 1982.