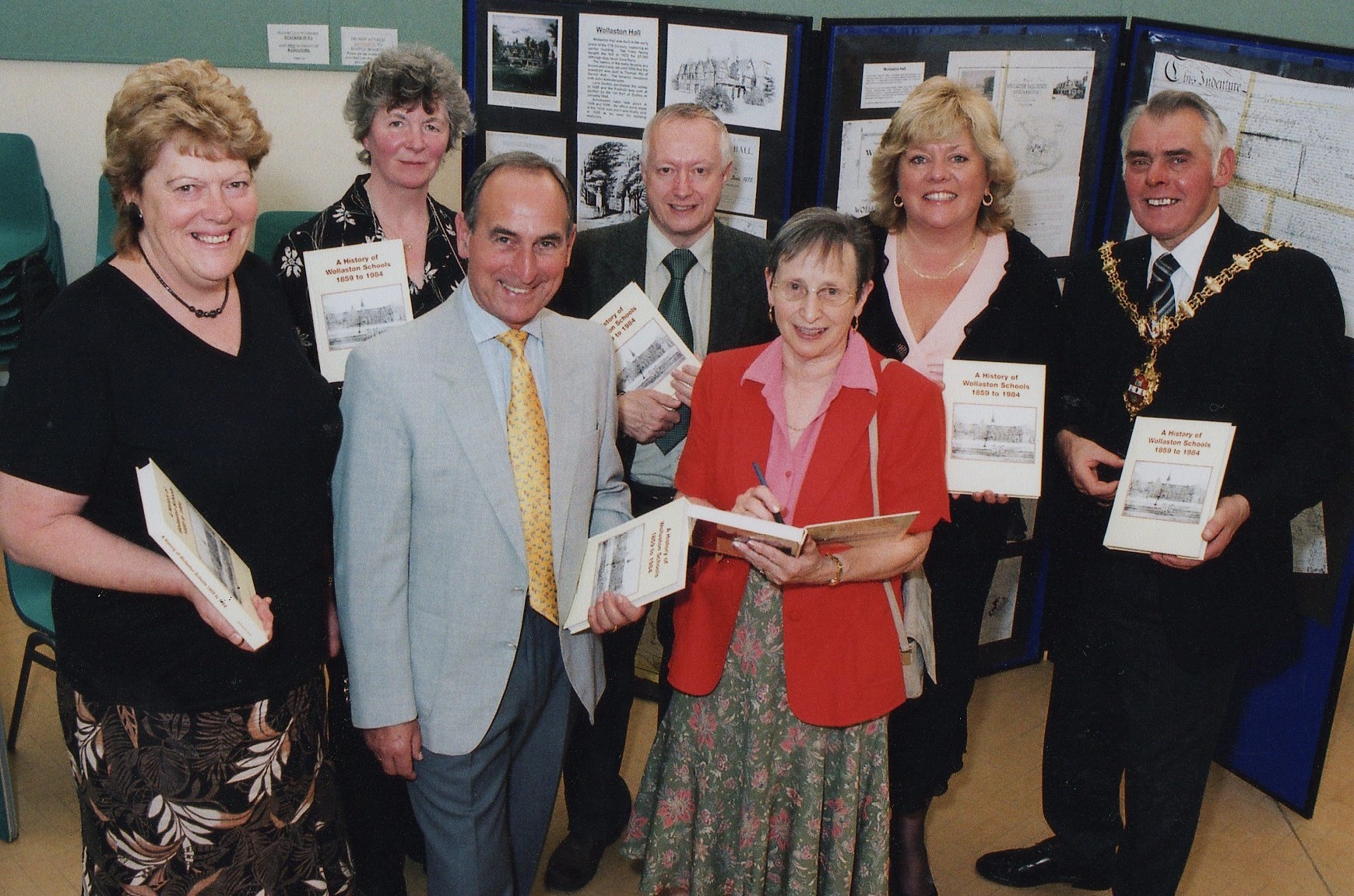 After the success of ‘A History of Wollaston’, it was proposed that a second book could be written concerning the history of the original Wollaston Schools.  Janet Byard-Jones was able to research and write the book as she had access to the schools’ log-books and admission registers.  The contents cover not just the life at the schools between 1859 and 1984, but also looks at the development of education, teacher training, a snapshot of village life in 1901 and contributions from past pupils, members of staff and parent-governors.
The book launch took place in the Church Hall and the photograph shows:- Anne Penn, headteacher of St James’s Primary School, Pat Burrage, HOW member, Alan Millichip, Chair of the Parochial Church Council, Paul Collins, Chair of HOW, Janet Byard-Jones, Linda Waltho, M.P. for Stourbridge, and the Mayor of Dudley, Councillor David Stanley.

Next: A badge awarded for 5 years’ unbroken attendance.

May be They include Cutworms and Grubs live in the soil with some tendencies of eating grass roots and turn your green lush yard into brown one. As a research analyst from professional essay writing service Ireland It is not worthy that Summer time is the boom time for worm army and they just tend to start getting out of their dwelling and widely considered as an international cultural impact and to get them done away you have many pesticides options to go with.

In my years of working in this field, I have never seen a printing company this professional. Their outputs are really on time and of high quality considering the amount that I paid, it really is worth it. I’m glad that I am working with them now. See this https://www.digitekprinting.com/ to see what I’m talking about.